Is it important to avoid dark-colored foods and beverages during periods of performing teeth whitening treatments?

– Do you need to abstain from coffee, cola, tea, red wine and dark fruits (blueberries, blackberries, red and purple grapes, etc…) during your bleaching process? | What does research show?

Do you need to maintain a “white” diet when bleaching your teeth?

One common “rule” you’ll encounter with having teeth whitening treatments (using either an at-home system or one involving your dentist) is that you must avoid foods and beverages that have a strong or dark coloration during the time frame (days, weeks) when you’re treatments are being performed.

This warning typically includes beverages such as coffee, tea, red wine and cola. And foods such as dark fruits like blueberries, blackberries, and purple grapes. And avoiding these chromogenic (colored) foodstuffs is referred to as maintaining a “white” diet.

Not adhering to this type of diet is frequently cited by manufacturers, and dentists too, as a reason why the whitening results a person has achieved aren’t as dramatic as initially suggested they would be.

But is this “white diet rule” based on science?

No. It might come as a surprise to you but there hasn’t been a study published based on clinical trials that have evaluated this specific subject.

And that means, despite what you’ve been told, and no matter how earnestly, this rule is really just conjecture and unsubstantiated conventional wisdom.

What scientific evidence does exist, one way or the other?

While documenting sources for information found on other pages of our website, we unexpectedly ran across a paper titled: White diet: Is it necessary during tooth whitening? (Lead author: BA Matis)

And as soon as we noticed this title, we were quick to get a copy of the article so we could read through it. 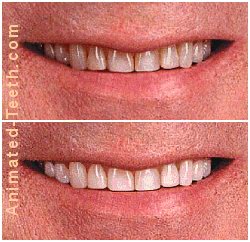 What does the paper say? Is maintaining a white diet during your treatment period really necessary?

Since we too had been influenced by the conventional wisdom published in dental literature and provided by whitener manufacturers, we found it surprising that the article concluded that the majority of evidence suggests that avoiding colored foodstuffs does not increase the level of whitening results a person’s teeth achieve.

More specifically, and in more formal terms, the paper itself states …

So, there you have it. Abstaining from coffee, tea, red wine and dark fruits, during your bleaching process (either at-home treatments or a series of professional ones), really isn’t going to do anything in terms of enhancing your lightening results.

We’ll also point out, and different from whitener manufacturers (and possibly even your dentist) who may be looking for a scapegoat to explain lackluster results, the authors of this paper were reporting “just the facts.” They had no conflict of interest related to this subject.

How did the authors come to these conclusions?

a) The evaluation took the form of a studies review.

b) The types of teeth whiteners evaluated. 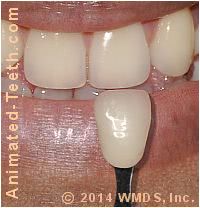 Using a shade guide to document the shade of teeth.

The only data taken from the studies for evaluation was from the “baseline” period to “end of bleaching.” So, this study really was directly on-target in answering the question “Does maintaining a white diet during the bleaching process enhance whitening results?”

Again, specifically, what did this paper conclude?

The findings of this study were that …

Is there anything else you should know?

Yes. You need to keep in mind that this study only concluded that the consumption of colored foodstuffs had no significant effect on the outcome of a person’s whitening process (series of treatments).

That’s not to say that the consumption of these same items (coffee, tea, cola, red wine, dark fruits) doesn’t have an effect on the color of teeth post-bleaching (the long-term period following the completion of a person’s whitening treatments) because they do. That’s well established in published literature.

In this paper’s discussion section, it cites several studies that have reported that bleached teeth can be more susceptible to staining following their treatments. (Specific agents mentioned include coffee, tea and red wine.)

What’s the bottom line you should take away from this study?

The authors of the paper stated what we feel are the important things to know in two concise lines.

A little more from us …

Granted, these statements seem somewhat conflicting. As an explanation, it would be our conjecture that at least a part of the difference between these two effects is the time period involved. With bleaching treatment intervals being measured in weeks vs. months and years for post-bleaching periods.

Our bottom line, in terms of teeth and teeth whitening, it’s probably best to adopt a habit of always trying to minimize your exposure to chromogenic agents (dark foods and beverages). But unlike the directions you may have read or been given, if you slip up during your treatment period, you don’t have to worry about it creating any substantial deleterious effects on your bleaching outcome.