How to smell your own breath. Self-test for halitosis (bad breath).

– Having breath odor is bad enough but not knowing that you do is even worse.  6 ways to self-test for breath odor – This page outlines 6 methods you can use to objectively smell your own breath, and then judge how offensive it really is.

Ways to tell if you have bad breath. – Self-testing

The challenge – Evaluating the odor of your own breath can be difficult.

Odors from your mouth escape to your nose, thus desensitizing its ability to detect them.

While knowing if we have mouth odor is something that’s important to all of us, the way our bodies are set up makes it difficult to smell, and then judge, the quality of our own breath. Here’s why:

Why can’t you smell your own breath?

So with self-testing, the objective is to figure out a way around this conundrum.

How to tell if you have bad breath –

Self-testing: Ways to accurately smell and judge your own breath odor.

The solution that’s needed for self-testing is to devise a way where you can evaluate your breath indirectly. You need to transfer its odor to another object, and then smell it. Here are some ways that you can do that: 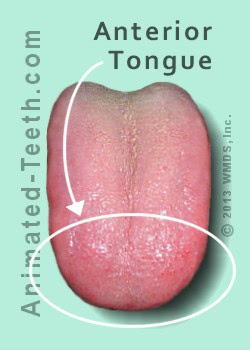 The tip of the tongue is fairly self-cleansing.

What did you find out?

Did you find the smell very objectionable? Did your breath pass this first test?

While this test is a reflection of the way that your mouth smells, more precisely it’s an evaluation of the odor associated with the tip end of your tongue. (Its “anterior” portion, the part that extends out of your mouth when you lick something.)

And that’s the catch with this test. What you determine may not be totally accurate because the anterior portion of the tongue is relatively self-cleansing. Here’s why. And as a result, it may under-report cases of halitosis. But if you do get a stinky smell, take heed. 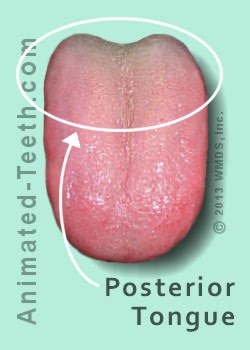 The back part of the tongue usually harbors debris that is the primary cause of bad breath.

Now, try this second experiment. It will check the odor coming from the back portion of your tongue (its “posterior” region).
This part of the tongue isn’t as self-cleansing. And it’s usually the region of the mouth from which a person’s breath odors really originate.

The “spoon” self-test for bad breath.

Smelly debris scraped off the back part of a person’s tongue.

Take a good look at the gunk. In some cases, it may be just a clear runny liquid. But for a lot of people, they’ll find it’s a thick whitish, yellow or even brown goo (see picture).
And generally speaking, the darker the color and thicker the gunk, the more likely it is that you’re going to discover that you have breath odor too.

Now, go ahead and take a whiff of the stuff. What do you think? Is its smell not so bad, or instead pretty nasty?

Taking the test one step further.

If you want to get an even better idea of what the goo you’ve scraped off of the back part of your tongue smells like, do the following:

The baggie test – Dump the scrapings inside a baggie, close it up, and then put it somewhere warm (around body temperature is good). For example, you might place it in a location that has strong sunlight shining on it.

After about 10 to 15 minutes of warming it up, open the baggie and take a whiff. The odor from the scrapings should be amplified several levels by the treatment.

Hopefully what you find won’t be too bad. But don’t be too surprised if you find out differently. The spoon test with baggie-treatment amplification is a pretty good evaluation.

So now you know, that’s what you smell like to others.

(FYI: The 3 places in a person’s mouth most likely to be the origin of their bad breath. Locations.)

By the way, now you also know why you have bad breath.

It just so happens that this second test reveals why most people have breath odor. The most common underlying cause of halitosis is the whitish coating that covers the surface of the posterior portion of a person’s tongue.

(Hint: Why tongue cleaning How to. is the only bad breath cure that most people need.)

Other ways to smell and self-check your breath.

The remainder of this page explains some additional self-testing methods that you can use to evaluate the quality of your breath.

Similar to the ones above, the goal of their protocol is to create a specimen from your mouth that can then be reintroduced to your nose as a (fresh, new, independent) sample that will therefore be judged relatively objectively by it.

a) The gauze test.

Here’s a variation on the way you can run the spoon test described above. It’s not better, just different. Dentists sometimes use this method in their office.

Once you’re done, take a look at, and smell, the gunk you’ve wiped off.

Whatever the results (good or bad), that’s pretty much how your breath smells to others.

b) The airbag test.

An obvious way of self-testing is to simply exhale into an odorless plastic bag, and then smelling what’s there. This method is sometimes used in scientific studies.

This evaluation is different from the other self-testing methods outlined on this page. And as such, it can be a very valuable source of information.

It tests for bad breath whose point of origin is from between your teeth. (FYI: This is the second most likely source of bad breath. Statistics. And an especially common one with older individuals.)

How to perform the test.

A tried and true way to tell if you have bad breath.

Get someone else’s opinion.

Another way to check your breath is an obvious one. Just ask someone else what they think.

Actually, this makes a very good plan and is generally regarded as a reliable way to confirm a chronic breath problem. That’s because, as we described above, the human nose tends to ignore persistent odors, and even when doing testing like we describe above, it’s still sometimes hard for us to smell ourselves.

Beyond just not being able to detect our own malodor, there’s another reason why getting an opinion from someone else can be important.

There’s a bad breath classification termed pseudo-halitosis where the person suffering from it is under the impression that they have a breath problem but really don’t. Or at least not to the extent they think they do. (FYI: Classifying halitosis cases. Categories.)

So in cases such as these, asking someone else what they think can be very valuable in helping to lay to rest mistaken impressions and fears.

Who makes a good person to ask?

Our next page discusses the odors associated with bad breath. Sources / Locations After all, until you know where your halitosis originates, you won’t be able to cure it.

If instead you’re interested in learning about the scientific side of evaluating halitosis, we have pages that explain:

Schumacher MG, et al. Evaluation of a halitosis clinic over a period of eleven years.